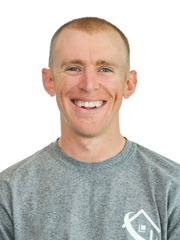 Phil has been working for DBC since 2012. He began as a laborer with little background in construction but an eagerness to learn on the job. Over the years he gained the necessary skills and training to run a crew efficiently. Phil is skilled in many aspects of carpentry, but his area of expertise is decks.

Phil grew up in Erie; he and his wife, Ashley currently reside in the Cambridge Springs area. He loves spending his downtime working on his own house, camping, playing soccer or basketball, riding his motorcycle, and watching movies. He’s an active volunteer at his church where he runs sound and media.

Customer Reviews
About Me

"We really enjoyed our finished sunroom and deck and work..."

By Paul And Judy G. from Corry, PA
"The crew lead by Phil were excellent. They did a great job..."

By Dominic L. from Erie, PA
"Not many people say "It was a smooth process and it went..."

By Pat And Judy W. from Erie, PA
"We greatly appreciate how quickly they got to our project..."

By Wally F. from Erie, PA
"I couldn’t be more pleased with my finished sunroom..."

By Barbara And John R. from Erie, PA
"Phil was always there for questions and concerns..."

By Sean And Dana A. from Erie, PA

“Barbara is thrilled with her finished sunroom. Take a listen as she explains why working with DBC was so wonderful.”

Videos from projects I was involved with:

Hannah talks about why she hired DBC Remodeling & Construction to build her Millcreek Township (Erie, PA)...

Back to Previous Page Back to Meet The Team

We serve the following areas

Top
Service Area
Get a Quote