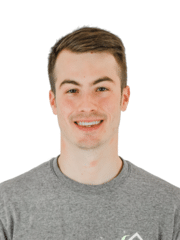 Kevin had five years of carpentry experience when he began working for DBC during the summer of 2017. Having assisted in many aspects of construction, he feels most proficient with decks, rough framing, and finish trim work. Kevin's willingness to learn new skills and his attention to detail make him a valuable asset to DBC.

Kevin grew up in Erie and is an avid soccer player; he enjoys spending his downtime playing working on side projects.

Customer Reviews
About Me

"We were so happy with Kevin Hess our project manager. He..."

By Paul And Nancy D. from Erie, PA
Back to Previous Page Back to Meet The Team

We serve the following areas

Top
Service Area
Get a Quote